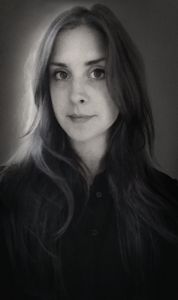 My name is Anneli Larsson, I’m a 3D Modeler and Texture artist currently based in Stockholm. For two years up until now I’ve been living in London where I’ve worked as a Texture artist for major film companies such as MPC and Framestore. Films I’ve worked on includes titles as Disney’s Beauty and the beast, Fantastic beasts and where to find them and Goosebumps.

Now I’m back in my home land of Sweden working as a freelancer doing both modeling and texturing for VFX and games.